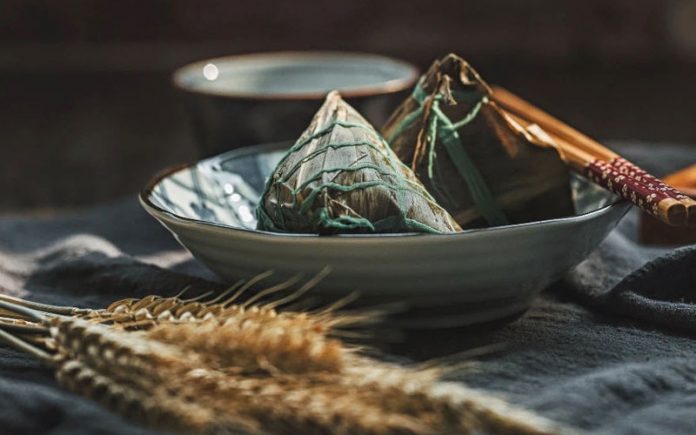 Next week is the Dragon Boat Festival in China, but for some people, they have gradually forgotten what the traditional meaning of this festival is, and only Remember it’s a day about the battle over the dietary differences between sweet and salty dumplings, north and south. There is also a group of young people who have chosen to celebrate the festival differently by wearing ancient Chinese clothing and reviving ancient rituals to give the Dragon Boat Festival a different festive feel.

The Revival of Ancient Chinese Clothing

The APEC at the beginning of the century brought the Tang suit before the eyes of the world, which also raised several questions from Chinese netizens:

“Is a Tang suit a Tang Dynasty Hanfu clothing?”

“What is the national dress of the Han Chinese?”

Between 2001 and 2003, some young people who were interested in promoting national culture launched a folk culture movement called “Hanfu Revival” with the help of the new Internet.

As the name implies, “Hanfu Revival” begins with the traditional costumes of the Chinese Han nation: ancient Chinese clothing, and proceeds to revive the culture of the Chinese people’s clothing. It radiates to the revival of traditional folk rituals, classical musical instruments, classical literature, classical dance, and other aspects. And the ancient Chinese clothing enthusiasts call each other “Tongpao” from ”The Book of Songs – Qin Feng – Wu Yi” which was written who says we have no clothes? We’ll wear the same robe with you”, means that we are comrades on the road to recovery, and we are walking together. 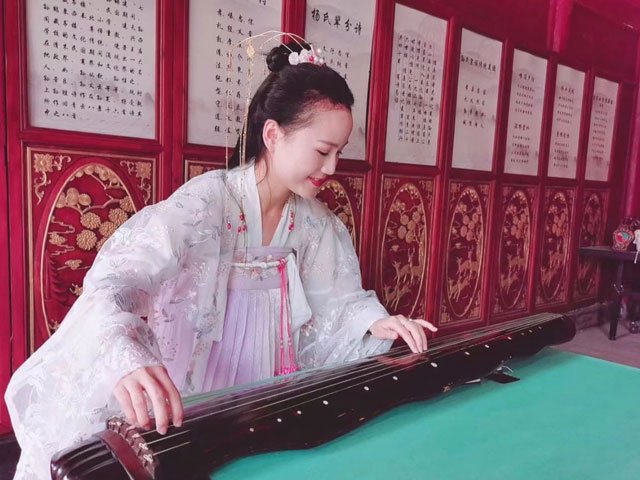 Identified in 2003 as the beginning of the first year of the modern Hanfu revival, over the past 16 years, Hanfu has gone from being unknown to becoming better known.

Whether it’s the rise of domestic animation, the development of the literary industry, or the improvement of the art of costume drama, a lot of things have been going on behind the scenes in recent years It’s more or less all about the ancient Chinese traditional clothing.

“There is the greatness of the country’s manners, therefore it is called Xia. The beauty of having a dress code, it is called Hua.” In ancient China, clothing, and the dress was something not equal to leisure. It carried the idea of ritual and had political and cultural symbolism. The so-called ” Hanfu”, also known as Han clothing and dress, Han clothing, Chinese costume. In general, it refers to the traditional clothing of the Han people, not only the clothing of the Han Dynasty but also not the costumes worn in movies and TV dramas. 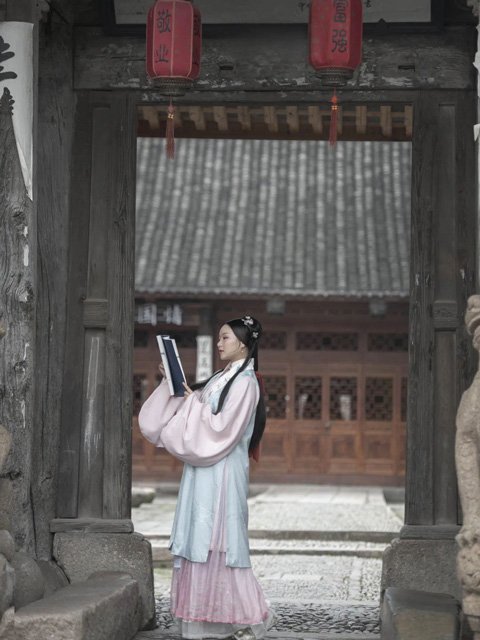 As for the earliest origins of Chinese clothing, the traditional view is that it originated during the time of Emperor Huang, as recorded in the Records of the Grand Historian of China: “Ancient Chinese clothing was made by the Yellow Emperor”, and gradually matured during the Han Dynasty after the development of the Qin Dynasty.

When we talk about the Hanfu, it is no longer a simple set of clothing, but includes a whole system of crown clothing. However, in the Qing Dynasty, after the Manchus entered the border, they ordered the Han Chinese to “shave their hair and change their clothes”, and the ancient Chinese clothing system was suddenly faced with the fate of being overturned and replaced.

Instead of the cheongsam, it was originally a traditional costume of Manchu in the Qing Dynasty. After the 1911 Revolution, it was accepted by Han women and improved to be: straight collar, right diagonal placket opening, tight waist, slit on both sides, small cuffs. But there is always a dispute as to whether the concept of ” cheongsam” refers specifically to the cheongsam of the Republic of China, or whether it includes the cheongsam of the Qing Dynasty. However, there is no doubt that the Qipao is not ancient Chinese (Han) clothing.

The Tang suit we mentioned earlier, worn at APEC, is a combination of a Manchu waistcoat with a stand-up collar and Western three-dimensional tailoring. It takes the style and fabric of the Manchu culture while incorporating elements of Western clothing. The reason why it is called “Tang Suit” is that foreign countries call China or things related to China “Tang” (e.g. people of the Tang Dynasty).In any case, it has little to do with the Tang Dynasty and is not an item of ancient Chinese clothing.

The Dragon Boat Festival originated from ancient Yue people’s celestial worship, by the ancient era of dragon sacrifice evolved. It is in the development of inheritance mixed with many kinds of folklore, the North and South since the dynasty, mourning Qu Yuan began to combine with the Dragon Boat Festival. Dragon boat rafting and eating rice dumplings are the two major traditional themes of the Dragon Boat Festival, which have been passed down in China since ancient times and are still practiced today. 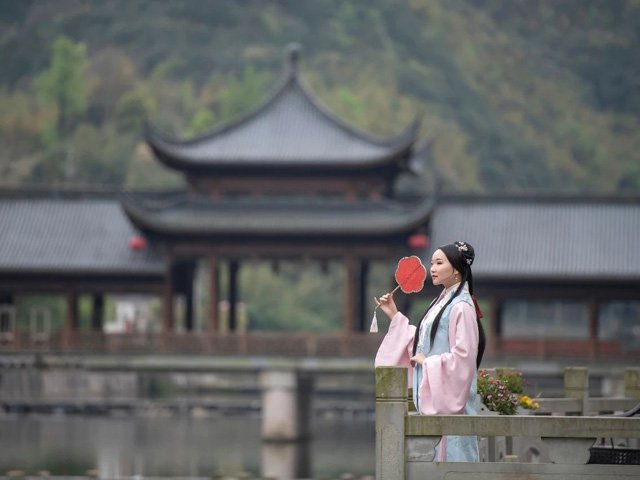 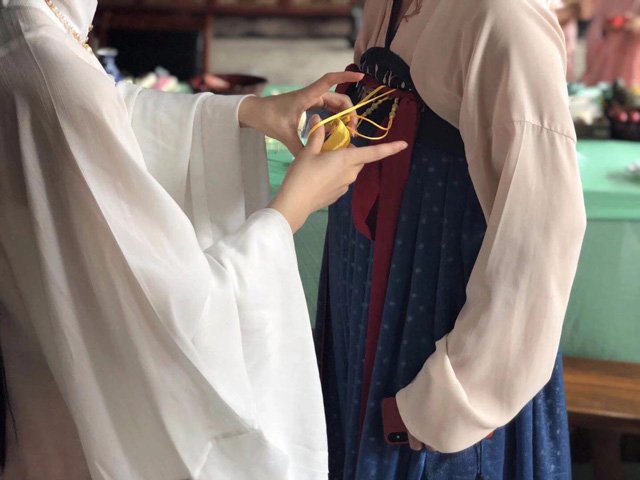 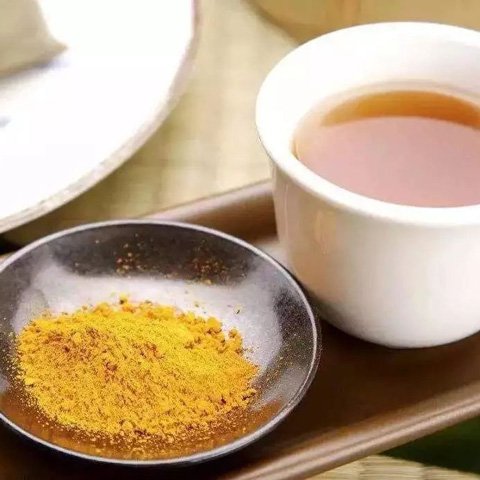 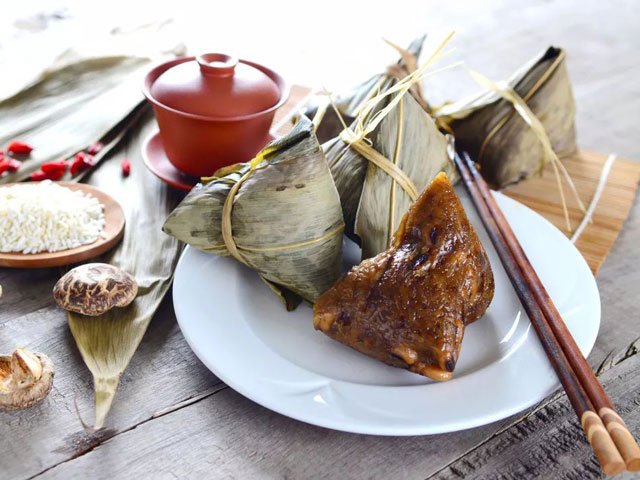 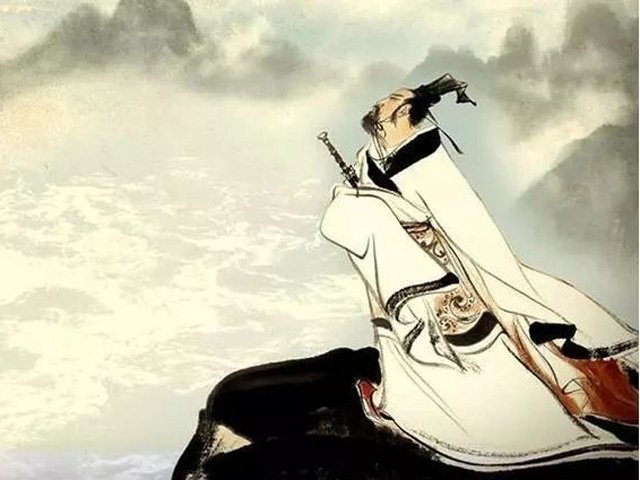 A few of the most common rituals used in modern-day Duanwu events organized by Hanfu enthusiasts are:

2: Painted forehead: refers to the Dragon Boat Festival, the custom of painting the forehead with Xiong Huang, can repel poisonous insects.

4: Five-color thread: is the Dragon Boat Festival auspicious ornaments, the traditional custom is to use red, green, yellow, white, and black thick thread twisted into five-color thread ornaments, tied in the On the arm or neck of a small child.

Sacrifice is a solemn ritual that is greatly emphasized in the modern Hanfu revival movement. Most of the rituals on the Dragon Boat Festival are of two kinds: one is to Qu Yuan and the other is to the dragon, and some cities around Jiangsu Province also worship Wu Zixu (伍子胥, a strategist in the spring and Autumn period, and some documents hold that the custom of Dragon Boat Festival in China is related to Wu Zixu). 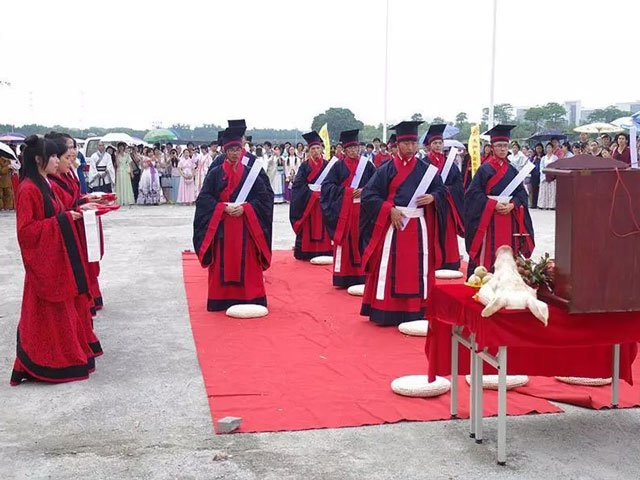 Maybe someone will ask, “Why do we have to sacrifice? What is the point of reviving tedious and redundant traditional festivals and unfavorable walking in ancient Chinese clothing? ”

The Chinese are not as religiously aware as the West, but they worship the heavens and the earth and their ancestors as never before. This reverence has also been a source of strength for thousands of years and a powerful foundation for our exploration of the world. The ancient Chinese clothing is a collection of traditional aesthetics and the bearer of more than thirty intangible cultural heritages, including embroidery, dyeing, and weaving, etc. Today, in a globalized world, it has become increasingly important to highlight the characteristics of one’s own nation and to highlight the style of the ancient Chinese race. 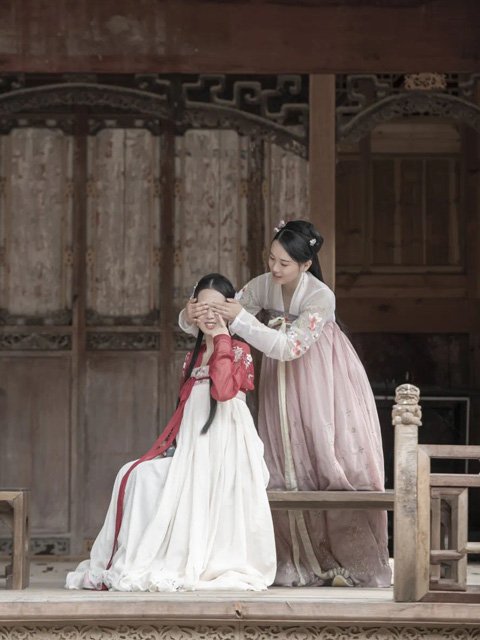 It is true that the introduction of foreign culture is an important reason for the revival of ancient Chinese clothing and folklore, but the purpose of revival of ancient Chinese clothing is not limited to cultural self-defense, moreover, we hope to find some possibilities for the development and inheritance of traditional culture in modern society, and at the same time, open a new way of dialogue with the world. 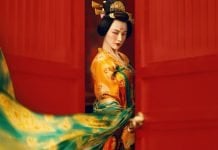 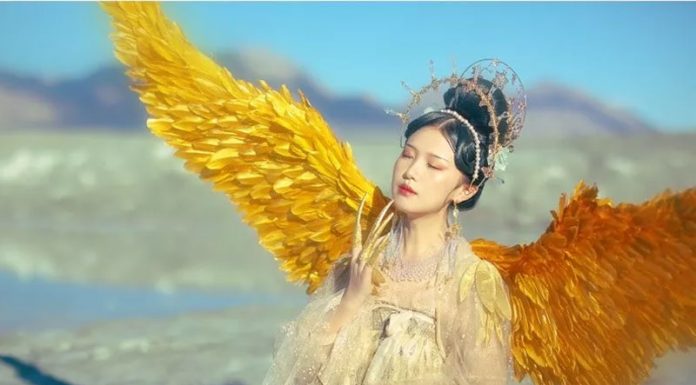