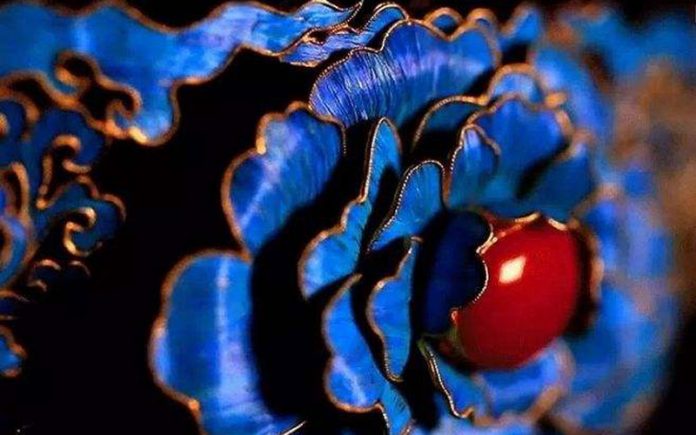 In many traditional Chinese dress accessories, Tian-Tsui （also known as Kingfisher Feather Art） is usually considered to come with a kind of cruelty and beauty, and there are countless controversies about it, making many beginner Chinese dress fans have a lot of doubts about Tian-Tsui. So, today, I’m going to take a closer look at Tian-Tsui, which is in the whirlpool of public opinion.

Strictly speaking, Tian-Tsui is a kind of manufacturing process. But the term “Tian-Tsui” generally refers to the combination of traditional Chinese metalwork and featherwork products, which means that the blue feathers of a kingfisher bird are set on a metal base such as gold or silver and made into jewelry. 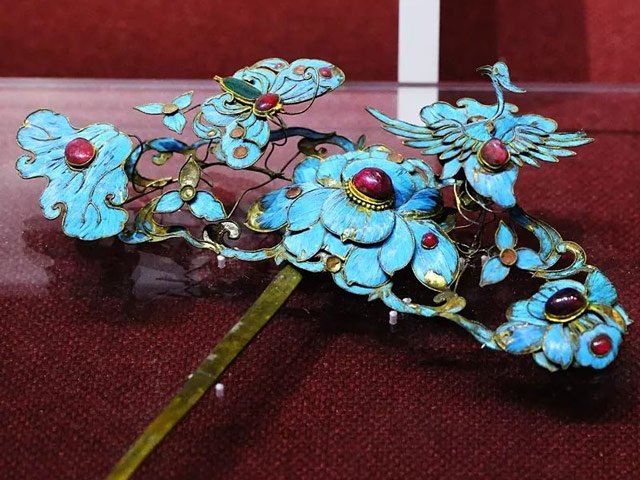 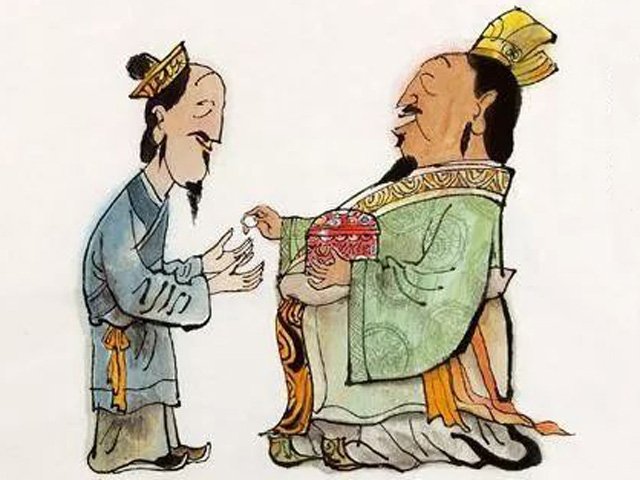 Today we can see Tian-Tsui objects in museums and other places are generally Tian-Tsui artwork from the Ming and Qing dynasties, such as this famous Ming Xiaoduan empress phoenix crown from the Dingling Mausoleum, which is unimaginably complex and luxurious. 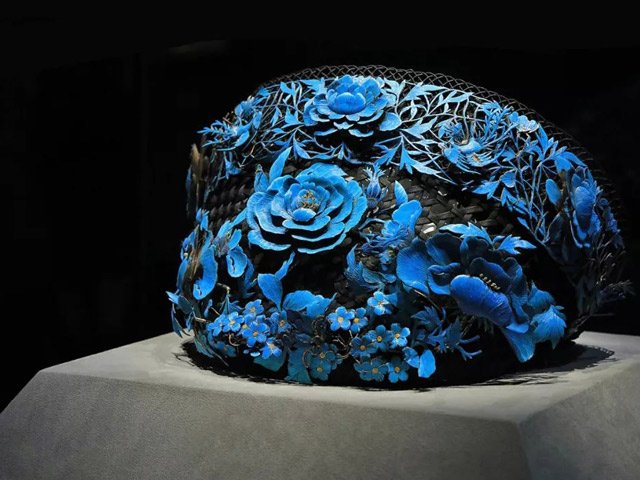 Since ancient times, the emperor’s clothing, the queen’s phoenix crown, on the use of kingfisher bird feathers as decoration, although through the long years, but still bright and shiny.

During the Qing Dynasty, Tian-Tsui were generally the possessions of the rich and powerful, but by the end of the Qing Dynasty and beginning of the Republic of China, Tian-Tsui became popular among the people, which all women were proud to own. In 1933, the last Tian-Tsui factory in China closed down due to war and other reasons. 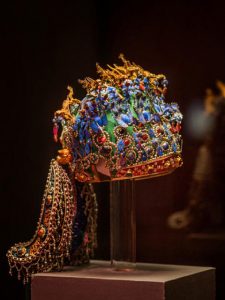 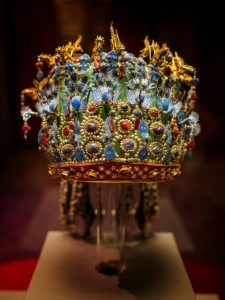 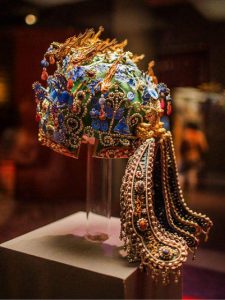 However, it’s the bright and beautiful plumage of the kingfisher that has attracted much controversy. Each gorgeous Tian-Tsui headdress may require hundreds of kingfishers to “contribute” their feathers to the creation of the piece. Some Tian-Tsui sellers even place special emphasis on “taking the feathers alive” to ensure the color and quality. 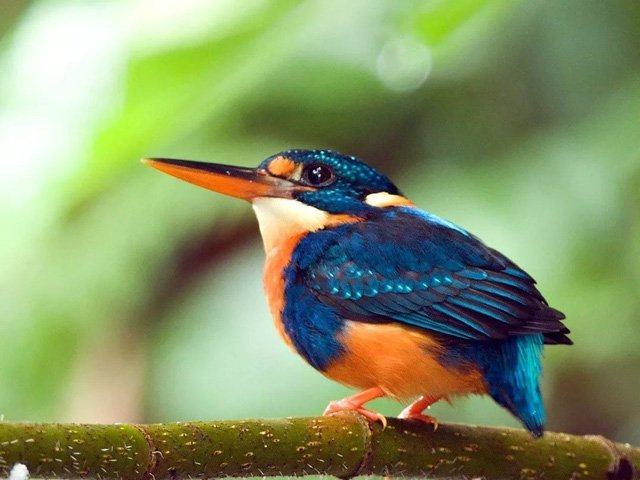 Many experts in popular science have proved that this is not accurate, and the brightness of the feather has little to do with whether it is “live” or not. 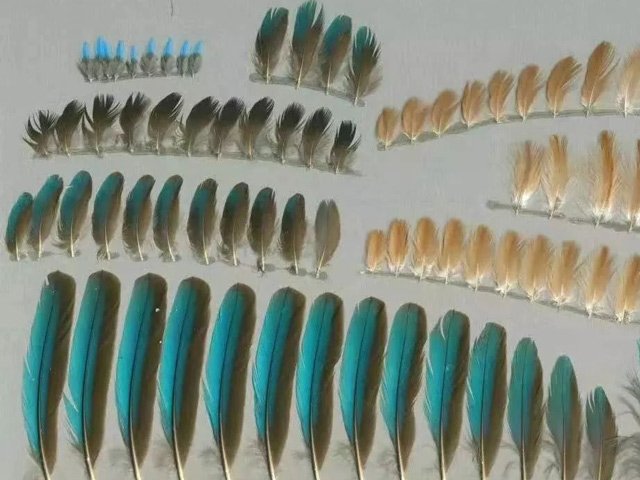 The practice of “taking feathers alive” is equivalent to pulling out the hair of a kingfisher, which is very painful when you think about it. 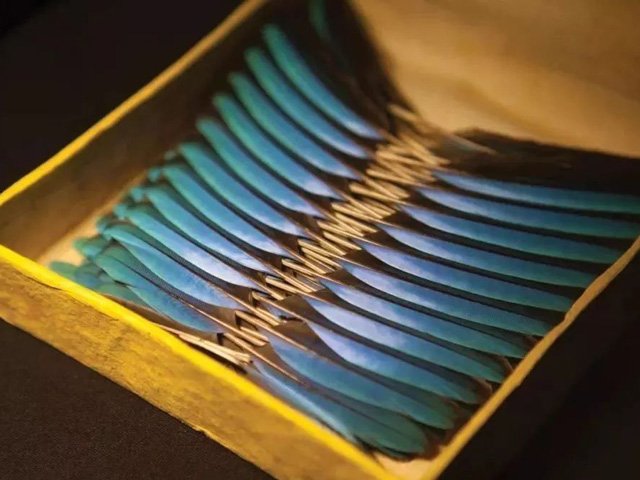 In addition, there is a misconception about Tian-Tsui, which is often referred to as “China’s Non-Material Cultural Heritage”, but this is inaccurate as it is the filigree inlay craft that has been included in the Intangible Cultural Heritage, not the Tian-Tsui. 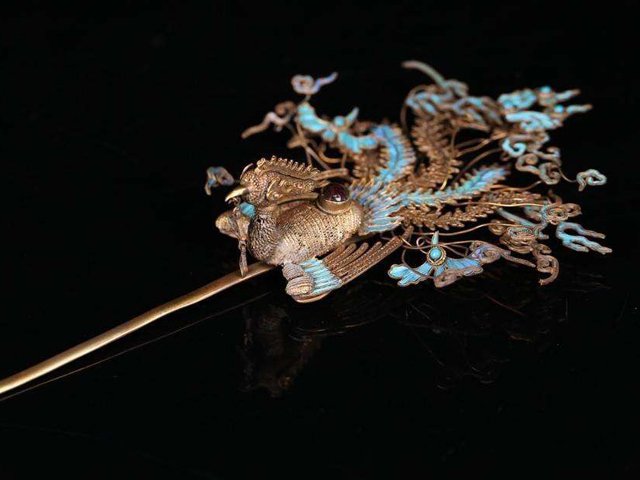 It’s the Craft That Should Be Passed On, Not the Feathers

The kingfisher’s feathers, good luster, bright colors, coupled with shiny golden edges, set off the ancient ladies’ black hair, such as clouds, as if a ghost lake on the point of the floating light of the charm of movement.

However, the kingfisher bird is small, feathers are soft, even if the system is a delicate head flower but the sacrifice of many wonderful small living creatures, so the latter generation appeared a variety of jewelry to emulate Tian-Tsui. 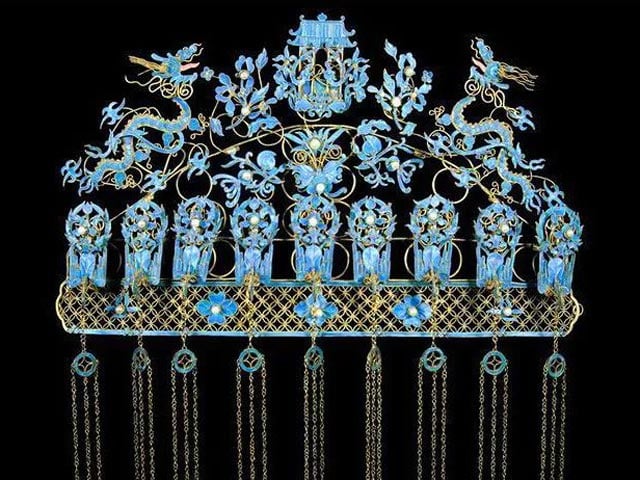 During the Qing Dynasty, the practice of using other alternative materials to make Tian-Tsui was just that, people used dyed goose feathers, ribbons, and so on instead of kingfisher feathers to make Chinese dress accessories, which is often referred to as imitation Tian-Tsui by handicraft masters. 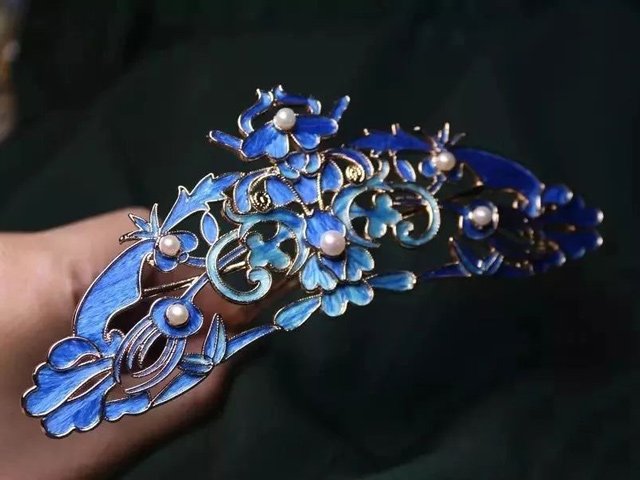 In fact, the beauty of jewelry made of imitation Tian-Tsui material is no less than that of real Tian-Tsui. After all, the kingfisher feathers are only more vivid and more beautiful on the kingfisher itself. 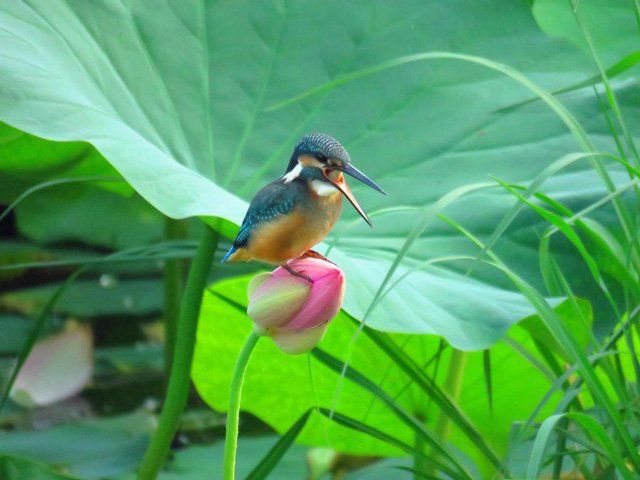 To us of today, what needs to be preserved is the art of Tian-Tsui, not the so-called rare feathers. It is fine to love beauty, but it is more important to love life.

If you’ re interested in Chinese dress accessories, welcome to join us for more topics. 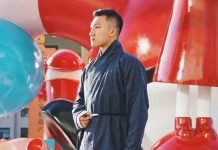 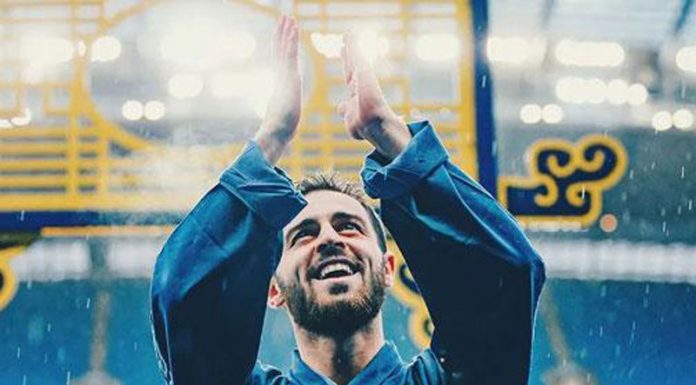 Why is Wearing Jade Pendant Popular in Ancient Times?