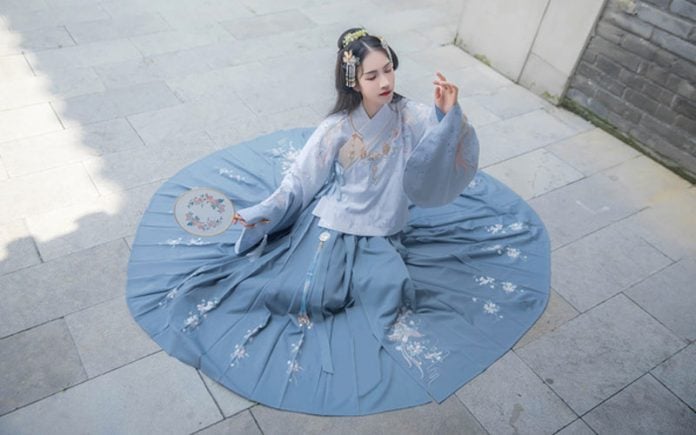 When it comes to the skirts of the Ming Dynasty, many people will remember the typical “Mamian Qun (马面裙, horse face skirt)”, horse face often gives people a sense of elegance and wealth. It looks very dignified and gentle when matched with Han suit Ao (袄). 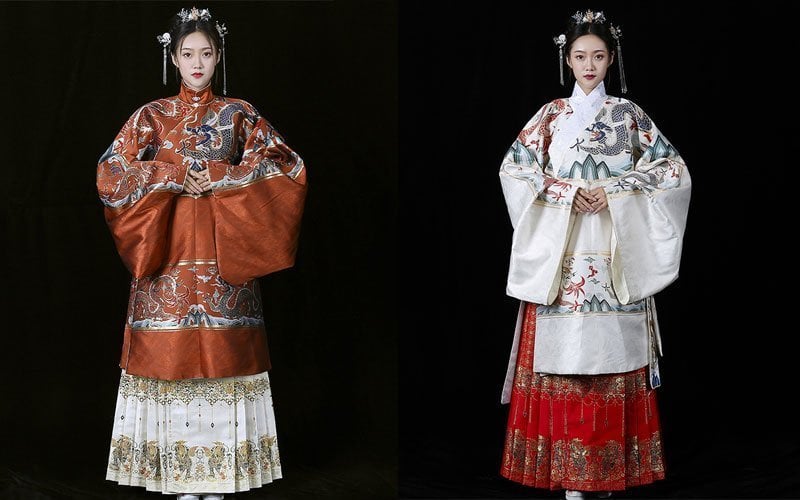 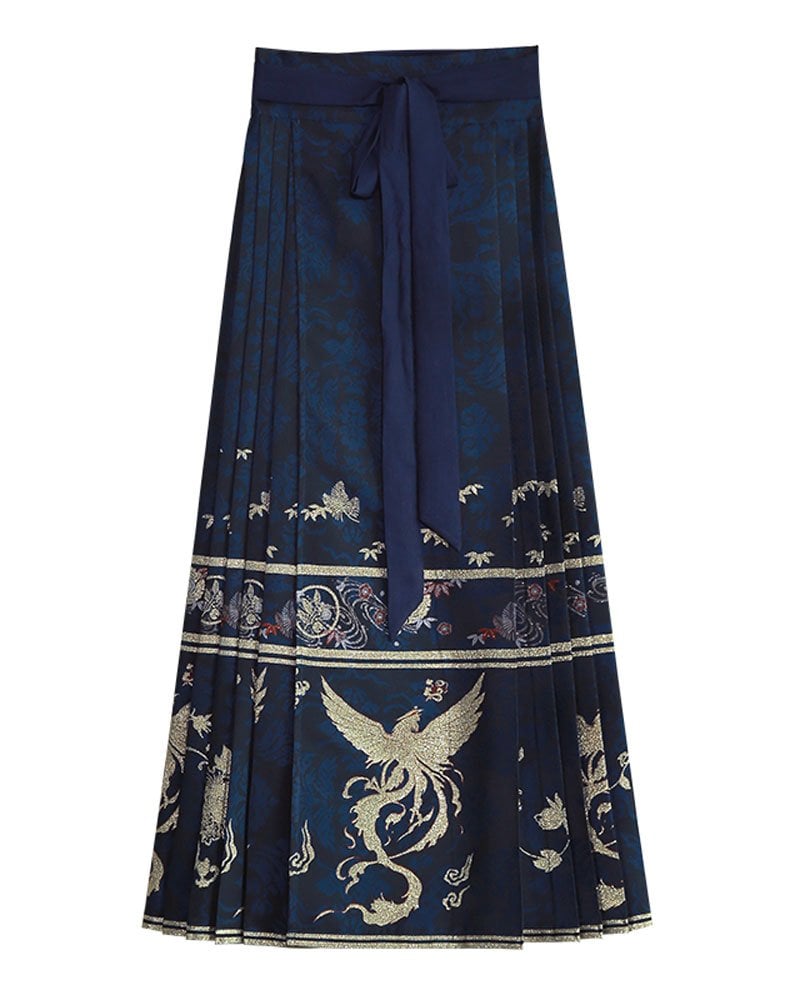 Horse face skirt, also known as “horse face pleats skirt”, is a kind of traditional Chinese dress. There are four front and back skirt doors, overlapping each other, side pleating, middle skirt door overlapping part, commonly known as “horse face (马面)”. The horse face skirt originated in Qidan. The traditional Chinese dress has only one skirt door at the back, so you can’t ride a horse when wearing it. Nomadic people often ride horses, so they need to open four skirt doors, which is convenient for the left and right to split legs. The overlapping of skirt doors does not make the skirt open too much, which is a very practical dress. After the Liao Dynasty, the horse face skirt was very popular in yuan, Ming and Qing Dynasties, and it continued to the Republic of China. 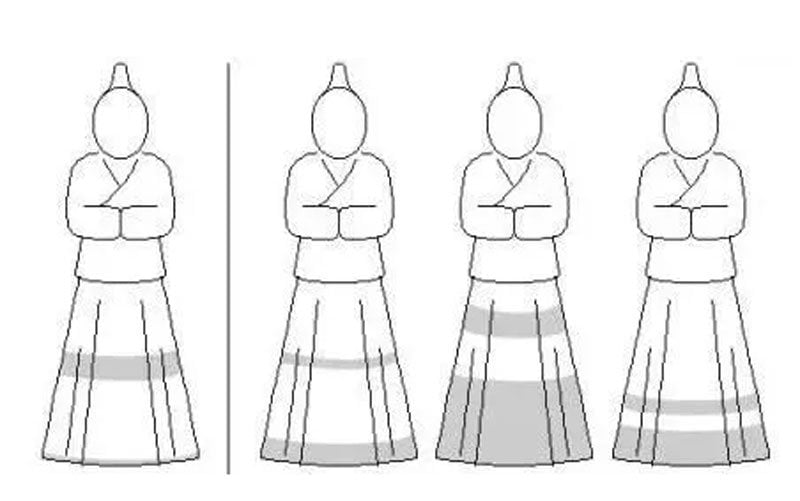 The whole circle of patterns on the horse face skirt ‘s is called Lan, the bottom is called bottom Lan, and the top is called knee Lan. Double Lan was very popular in the middle of the Ming Dynasty. But later, with the growth of women’s top in the Ming Dynasty, the knee Lan was gradually weakened because they were covered, while the bottoms Lan were widened and bold.

Why is it called “horse face”?

The question of why “horse face skirt” is named “horse face” has always been puzzling, What’s the relationship between the animal’s name and the skirt? In fact, “horse face” is a kind of structure used for defense in the city wall system. It looks like this: 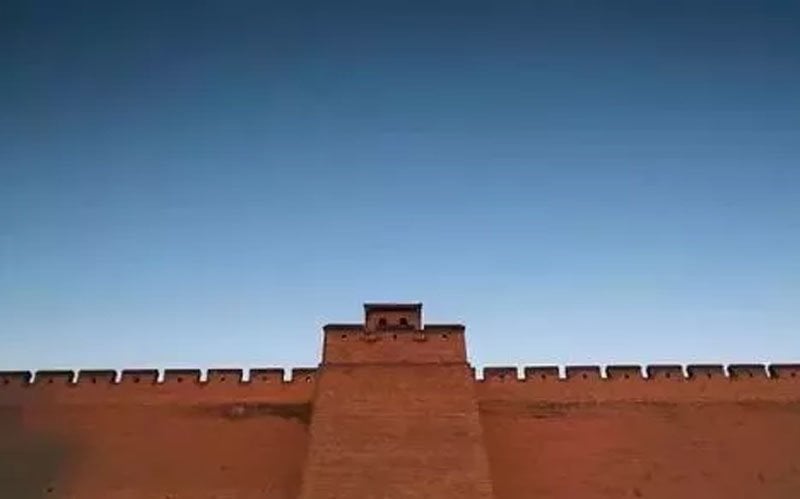 But whether its name is really related to the city wall is still a question to be verified. Because all the books about “horse face skirt”, whether they are related to costumes, operas or cultural relics, only show that the smooth surface without pleats in the middle is called “horse face”, but there is no further explanation for the source of “horse face”.

[Horse face skirt] the name of the skirt, which is a traditional Chinese name. The two sides of the skirt are pleated, and there is a smooth section in the middle, commonly known as “Horse face”. Some of them are decorated with embroidery on horse face. According to the name of Western-style skirts, women’s skirts of this style are called “interval pleated skirts”. ——Dictionary of Chinese cultural relics 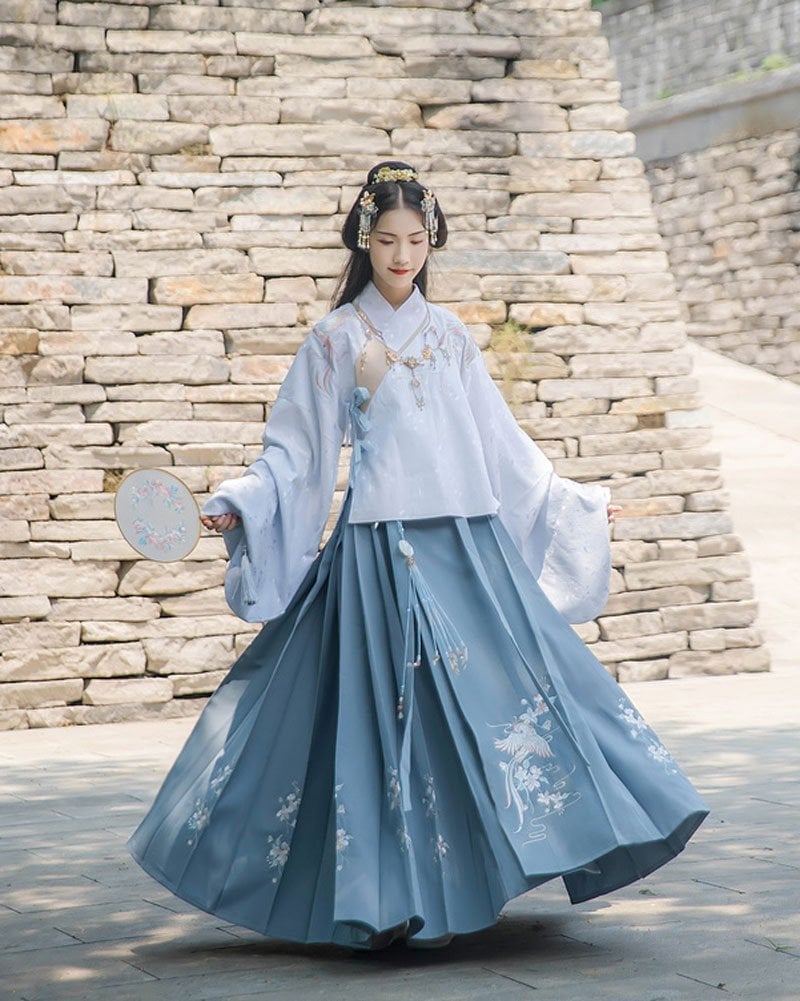 Four things you may not know about Mamian Qun

There are several easily misunderstood points about horse face skirt:

The upper Ao (袄) and lower skirt are typical collocations of women’s clothing in the Ming Dynasty. A horse face skirt or pleated skirt with Ao is called “Aoqun (袄裙, the name summed up by modern businesses.)”. 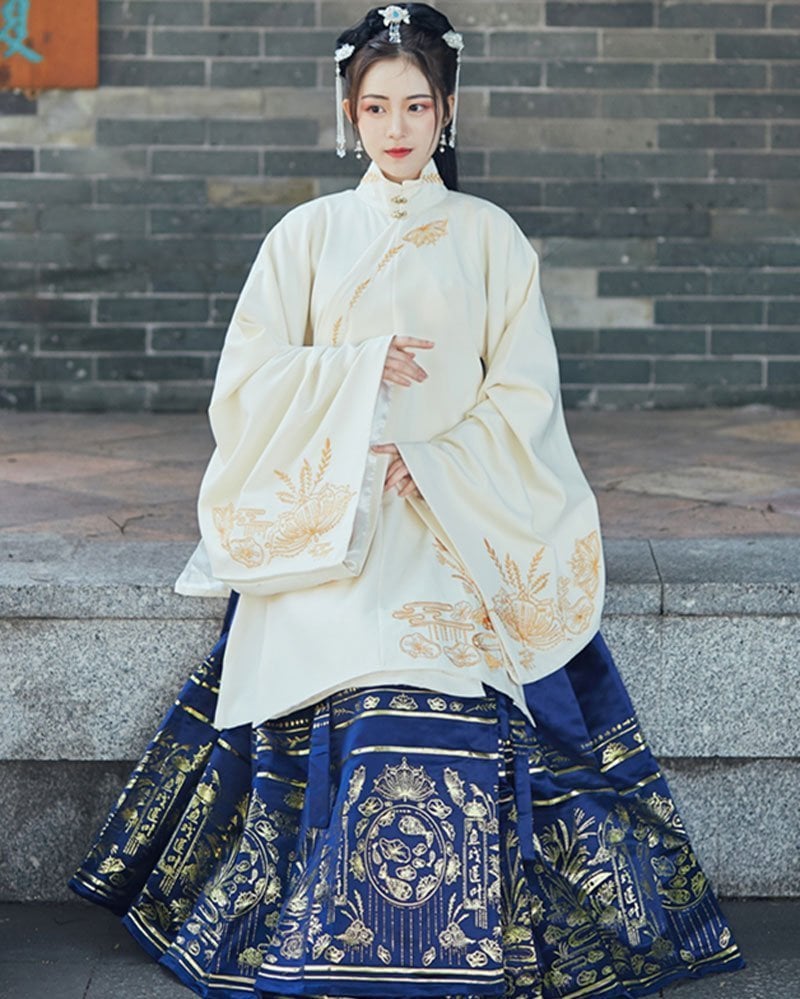 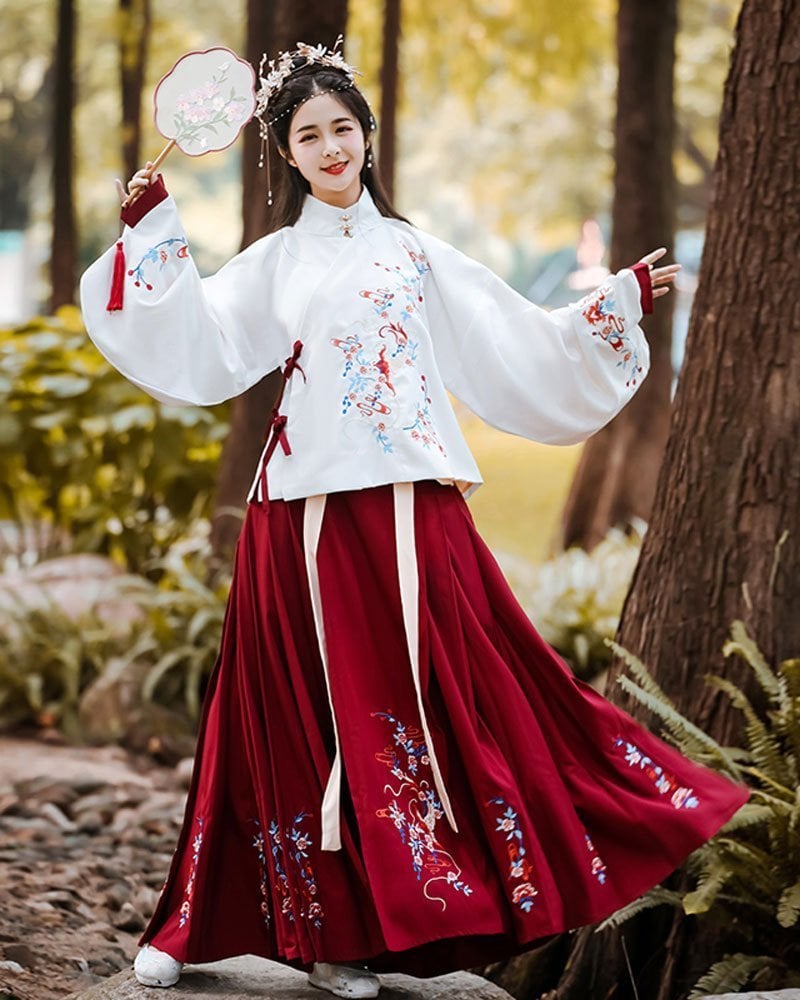 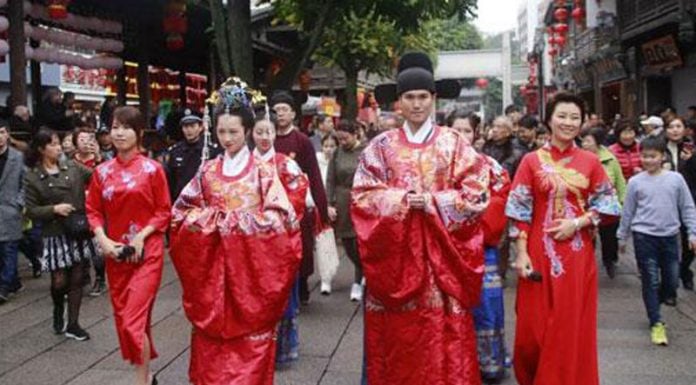