Hanfu makeup often plays a pivotal role in the dressing of Chinese costumes. In ancient times, each dynasty had a different style of makeup, although it is difficult to master all of them, just need to find a style that suits you, and master the key elements of the Hanfu makeup, will show better results.

The eyebrows are a very important part of Hanfu makeup, and ancient women had a wide variety of eyebrow shapes, such as the Tang Dynasty, which had more than ten classic eyebrow shapes.

The shape of your eyebrows needs to be determined by the style of Hanfu you are wearing, if you are wearing Ming Dynasty Hanfu, the most recommended eyebrows are Daiyu eyebrows (黛玉眉, ), which are very slender and delicate, like a wisp of smoke hanging in the air, dignified and gentle. 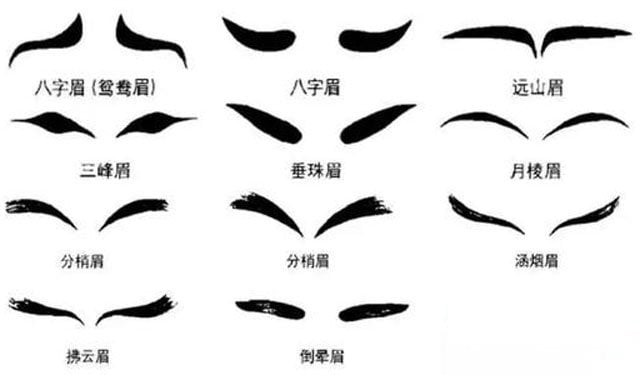 You can also try Daji eyebrow (妲己眉), which will be more charming. There is an upwardly arched on the eyebrow and the eyebrow peak, and the eyebrow tail is upward. This eyebrow shape was also chosen by Maggie Cheung in her former role as Xiaoqing (小青). 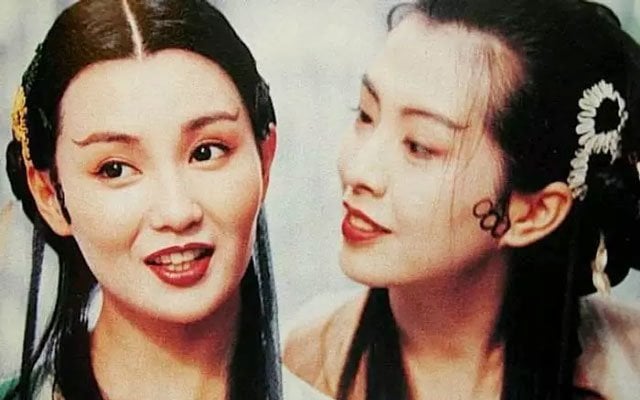 How did women paint eye shadow in ancient times when there were no cosmetics? The answer is rouge! Ancient women did not have the tradition of paint eye shadow, but they would apply rouge under their eyes to make the face redder, and full. 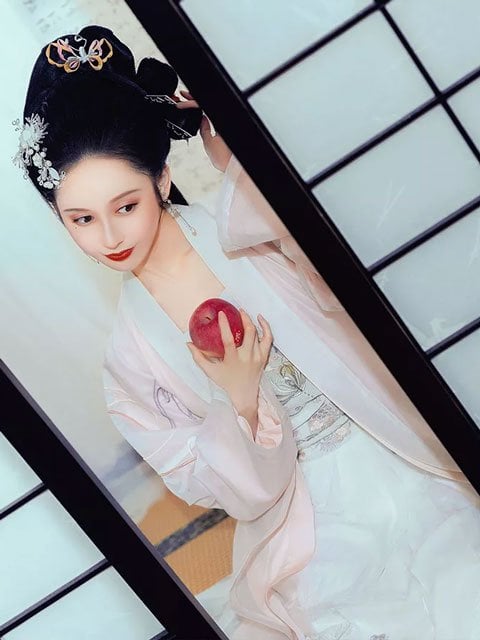 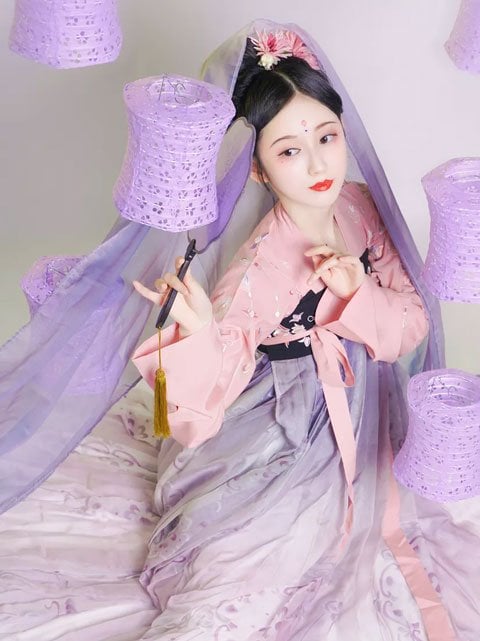 As you can see, in the modern Hanfu makeup, red eyeshadow and pink eyeshadow have a super high rate of appearance. With the Hanfu dress, it looks gentle and soft.

Huadian is the most representative of Hanfu makeup, which is a kind of flower ornaments, cut the patterns, and pasted on the forehead of ancient women. 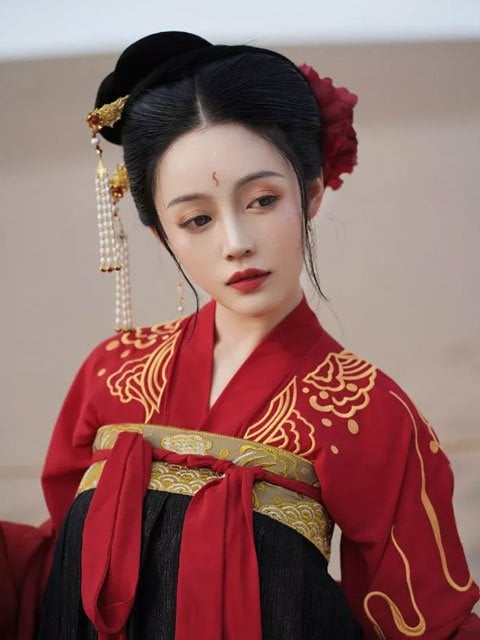 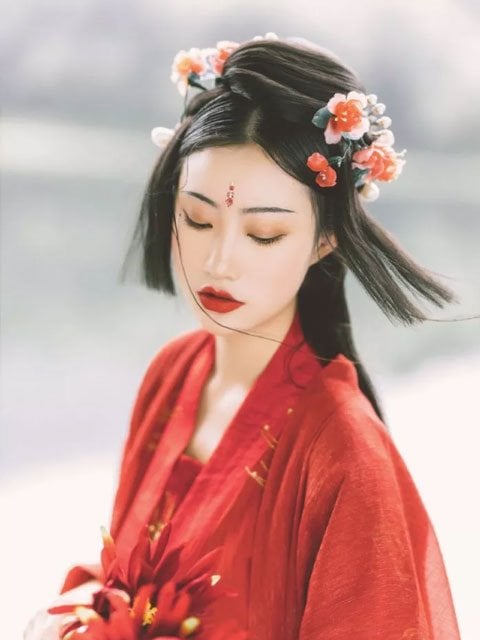 The most fashionable Ehuang makeup (额黄妆, forehead yellow) during the Wei and Jin dynasties: 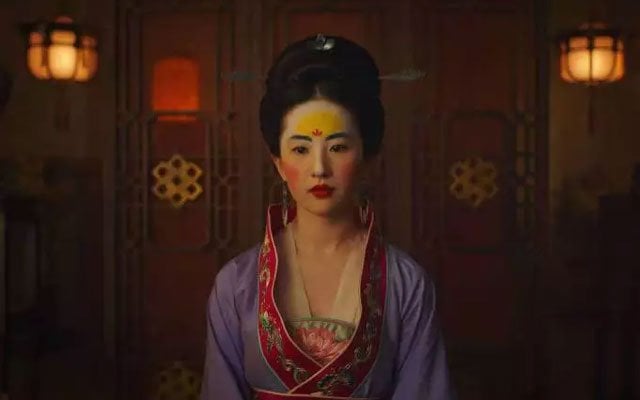 Of course, in addition to these three basic elements of an exquisite Hanfu look, there is also the need for good-looking accessories and hairstyles to support.

You can lay a good foundation first and then improve it step by step. With more practice, you can achieve the desired effect. I hope you can figure out a Hanfu makeup style that suits you. 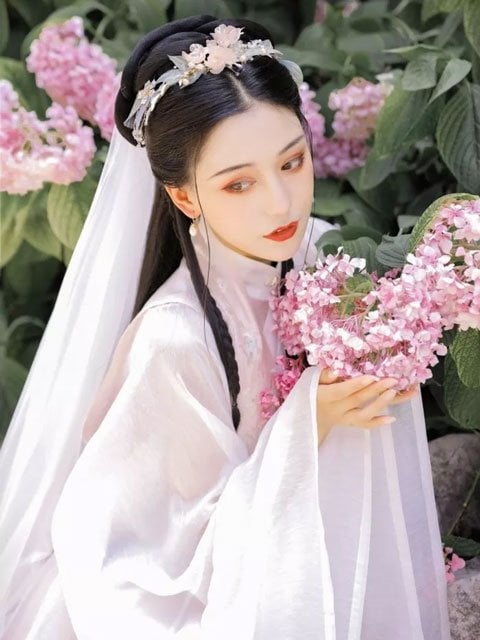 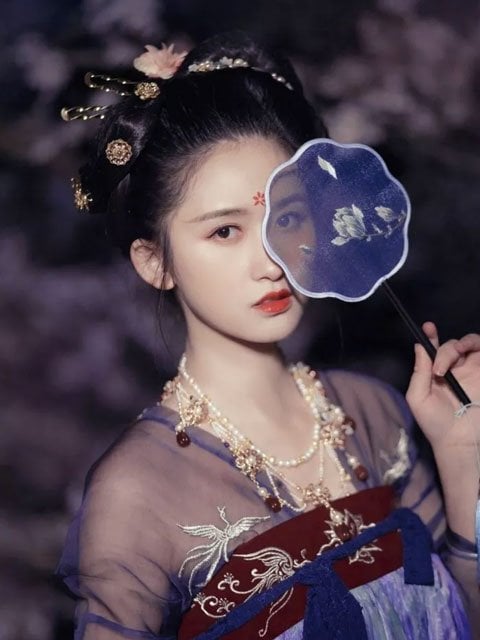 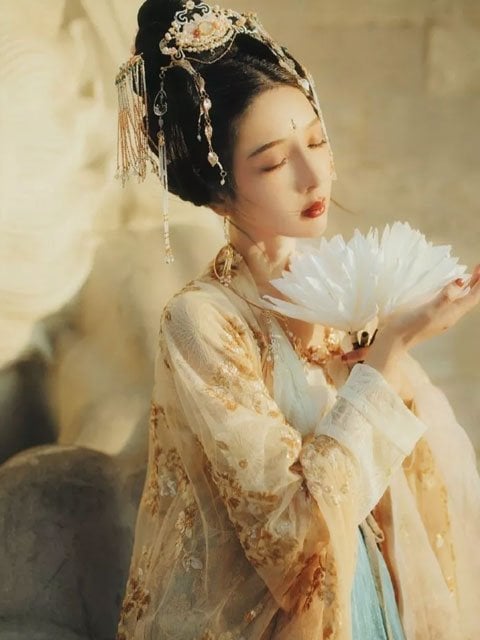 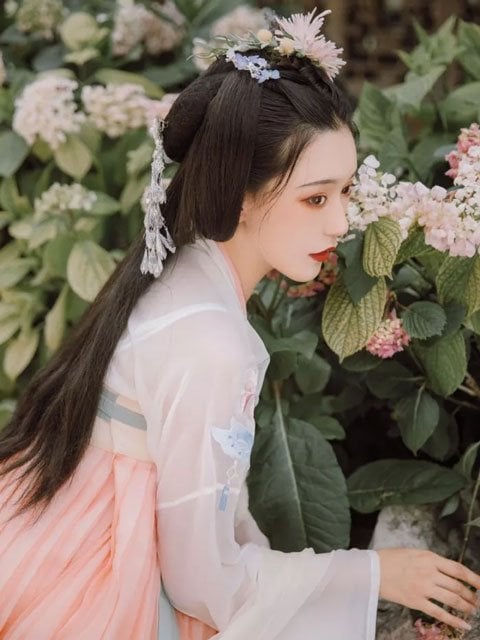 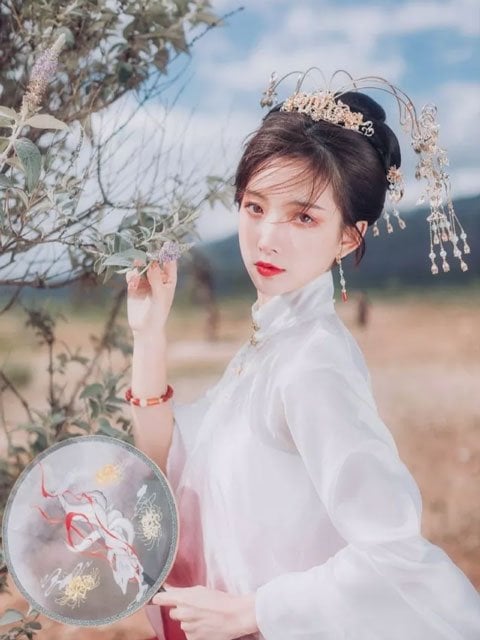 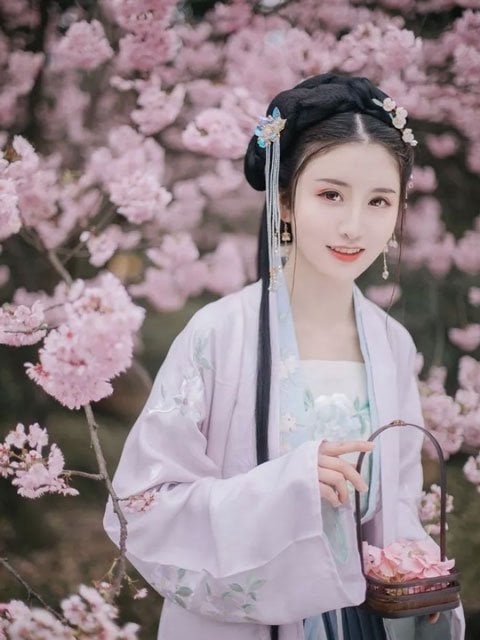 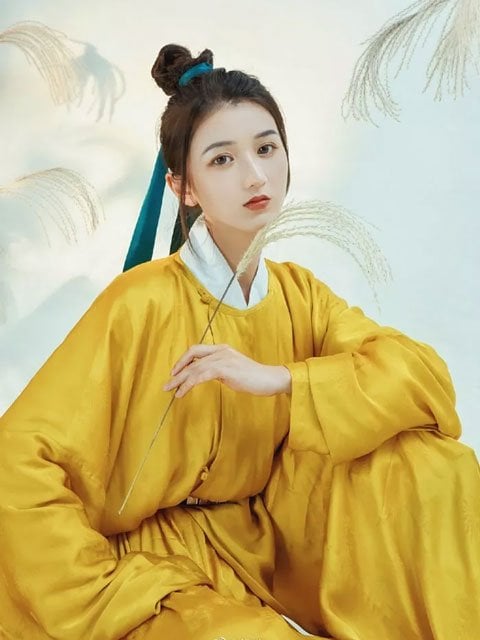 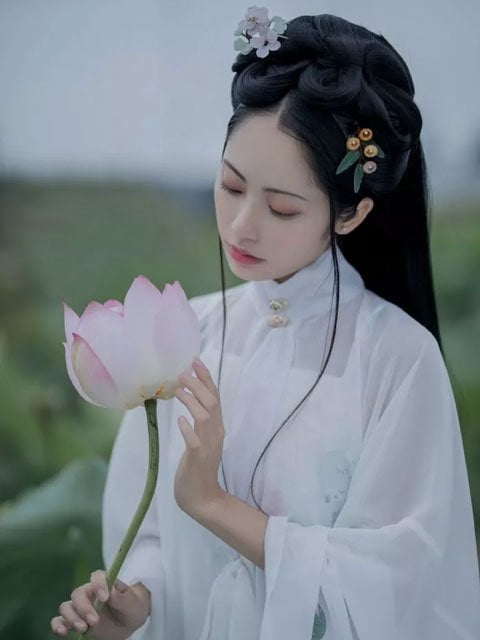 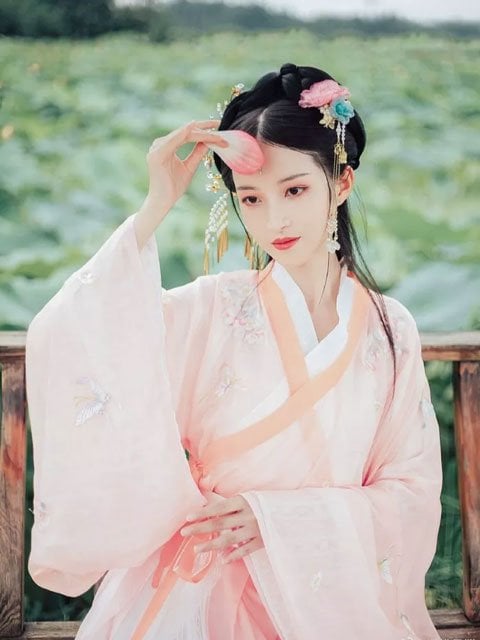 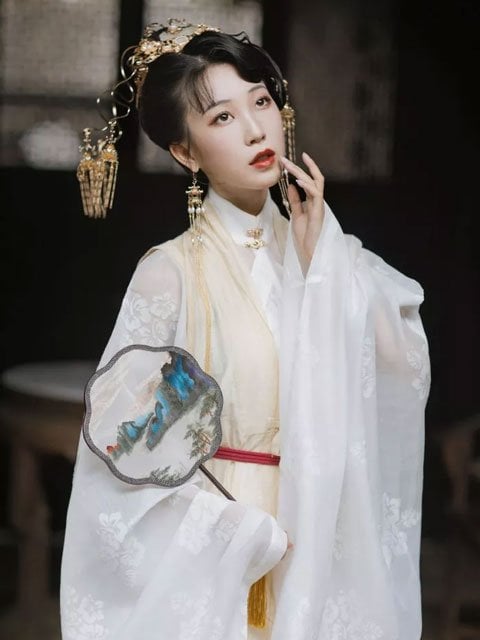 More about Hanfu makeup & Hanfu style can be found here.