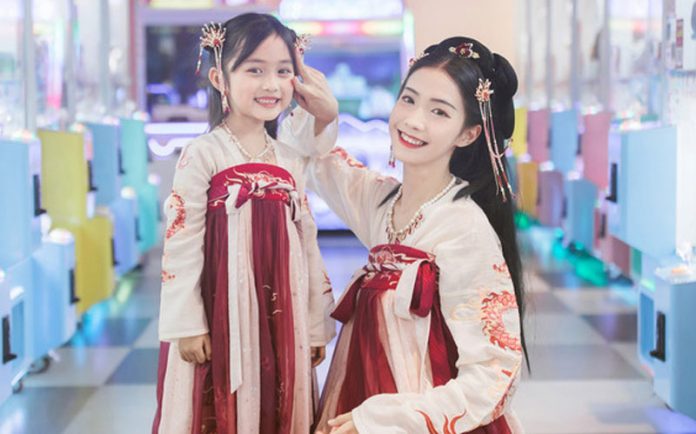 What kind of clothes did children wear in ancient China? It is generally believed that children in the history of China do not have their own clothes, and children have been wearing a reduced version of adult clothes, but in fact, but it’s not all that. 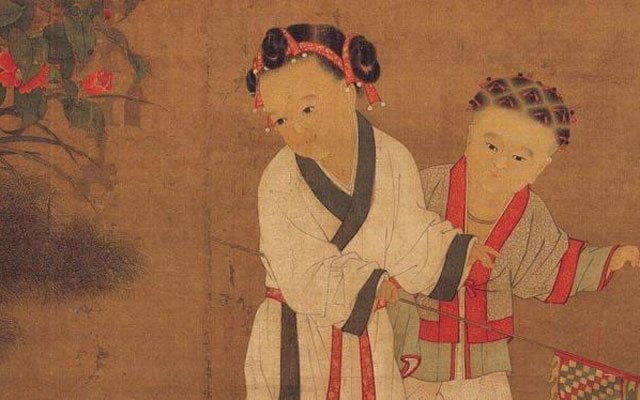 The clothing of newborn babies is more common: Qiangbao. Qiangbao was widely used in ancient China from the court down to the people. According to the literature, Qiangbao as an ancient child care product has been widely used as early as the Shang and Zhou dynasties. The term “Qiangbao” was later used to refer to babies under the age of one year.

Doudu, with naked back when wearing, has the function of heat preservation and abdomen protection. The image of children wearing Doudu has appeared in the image data of the Tang Dynasty.

Another kind of traditional Chinese dress for kids similar to Doudu is Liangdang (裲裆), which is similar to today’s suspender vest, sleeveless, and the shoulder is connected by two belts. Children in the Tang Dynasty enjoyed Liangdang in summer. 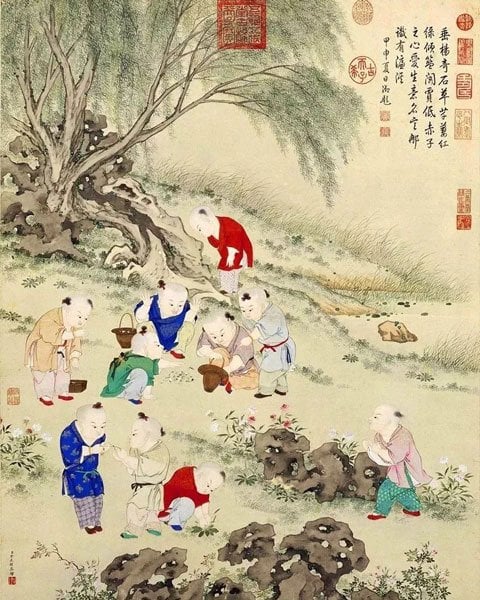 In ancient times, folk women would ask their neighbors for piecemeal cloth and sew “Baijiayi” for children, hoping to protect their healthy growth. It is said that this is influenced by Buddhist costumes. In Ming and Qing Dynasties, children often wore “Baijiayi”.

In addition to dressing, the most common accessory for children is the “long-life lock”, which is a mascot used by the people to protect children’s health and longevity, exorcise and eliminate disasters in ancient China. 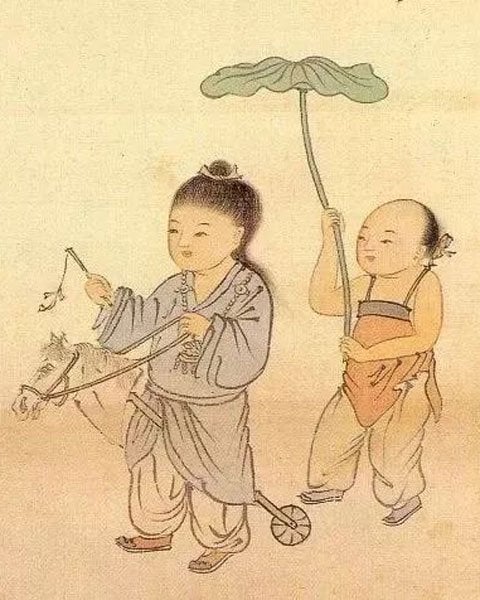 In modern times, many businesses have special children’s styles of Hanfu. For children, simple wearing and comfortable fabric become the most important. 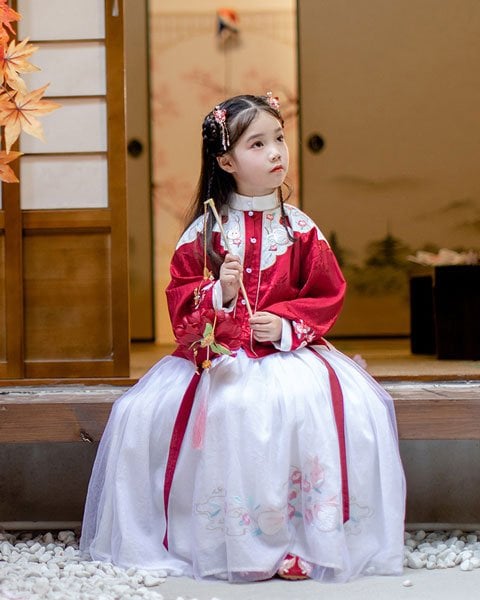 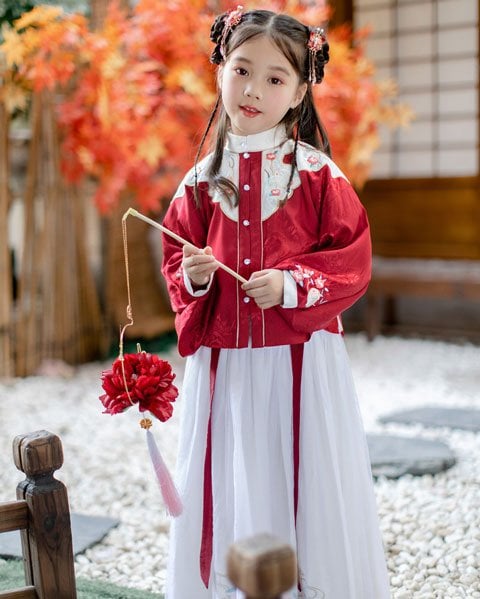 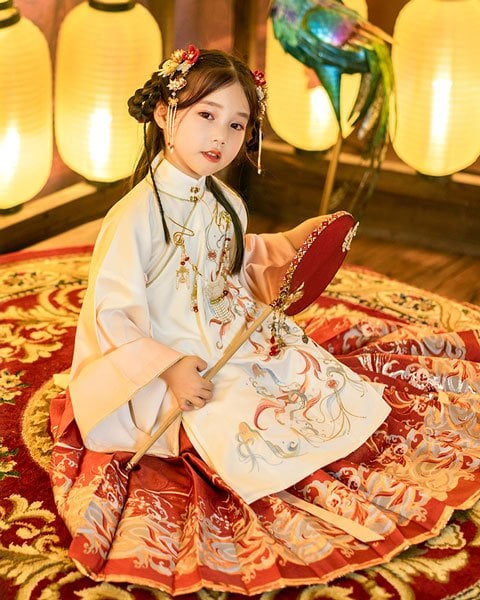 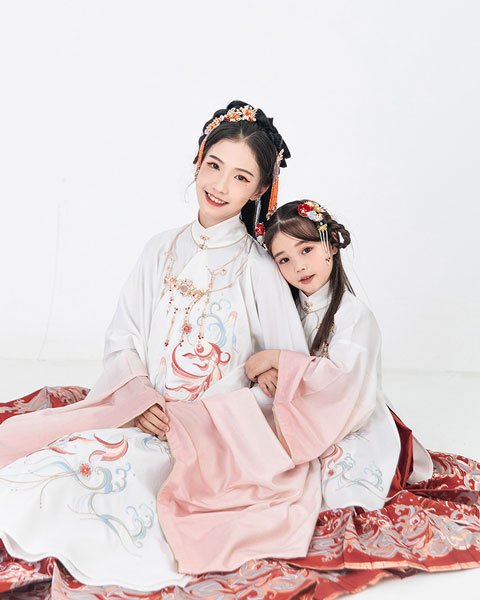 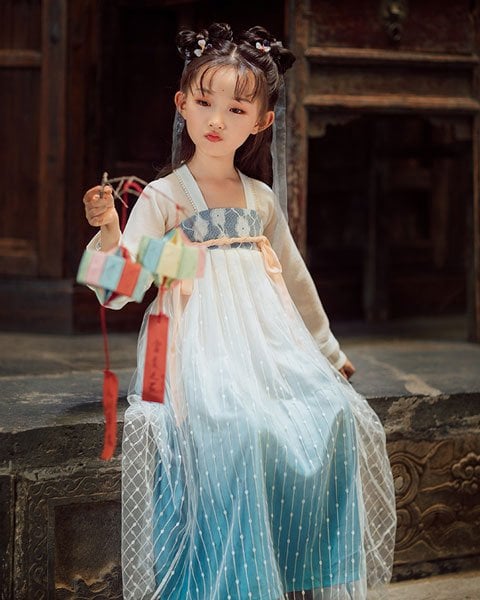 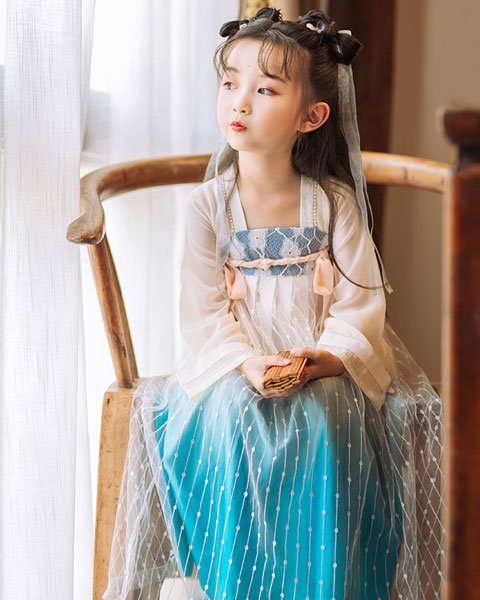 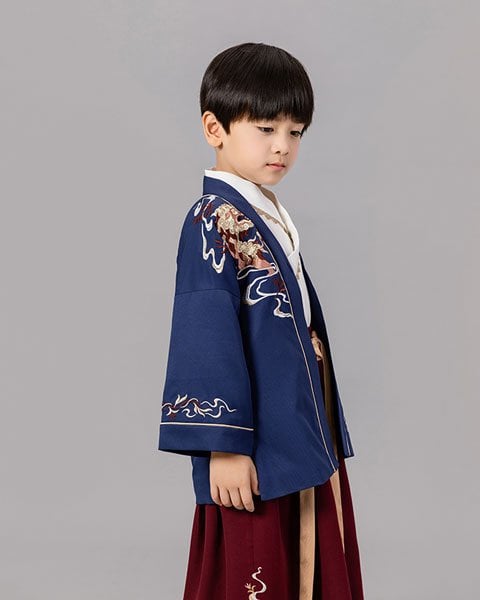 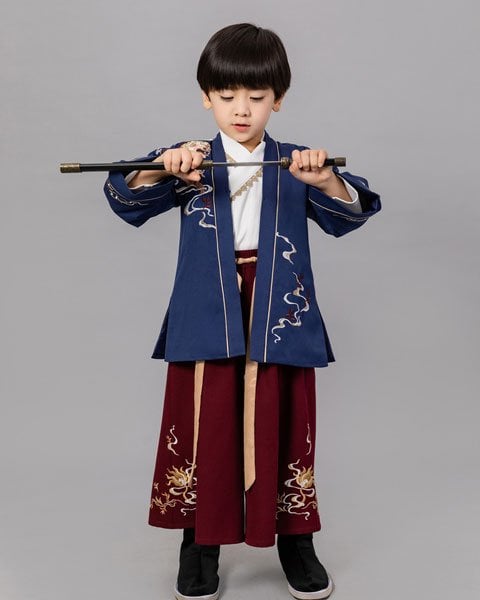 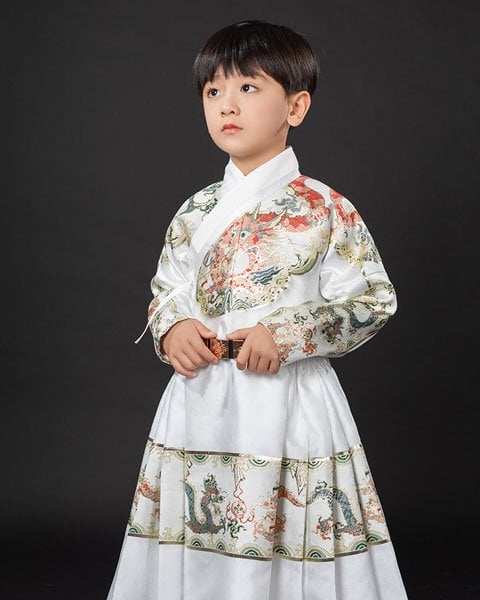 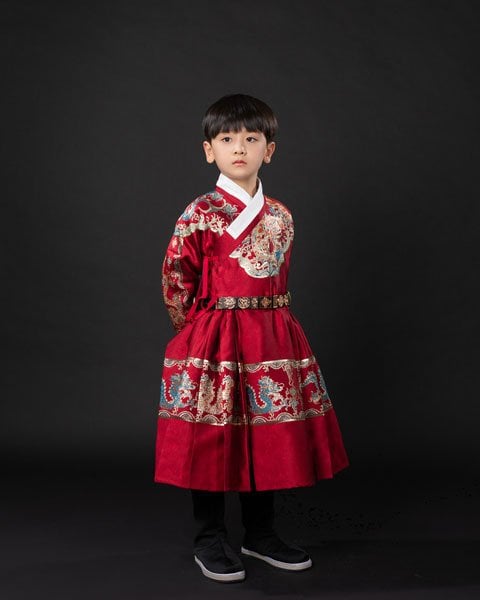 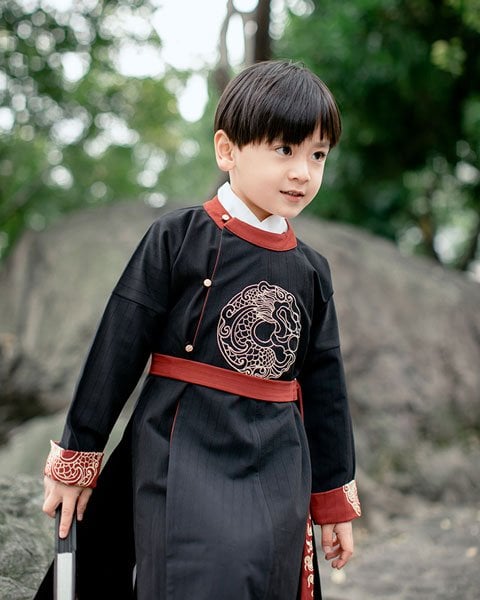 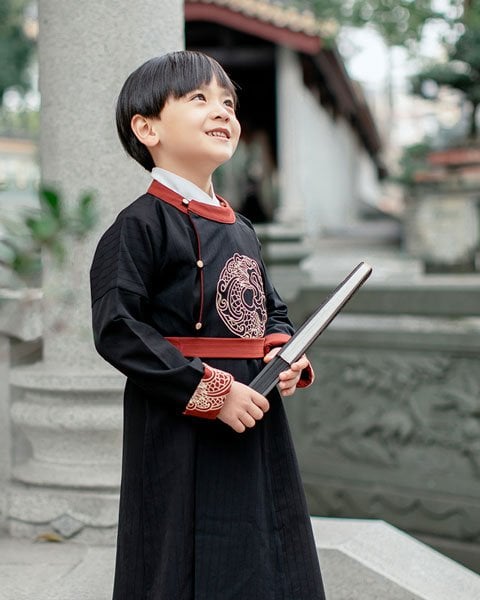 Children have a unique temperament in Hanfu. Wear Hanfu with children, experience traditional culture together, it‘s also a very harmonious parent-child time, too. 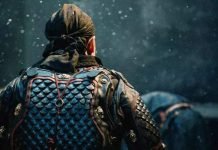 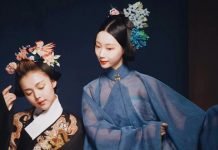 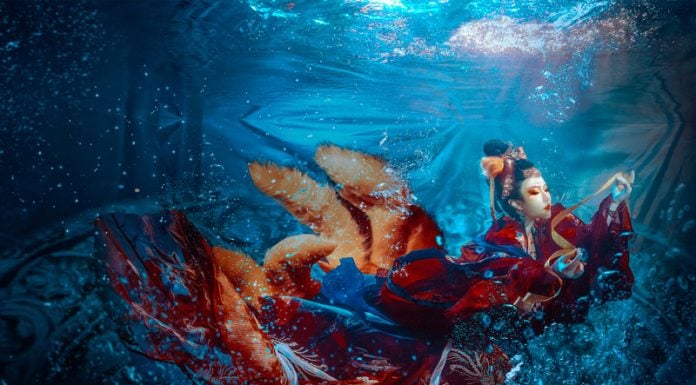 Hanfu History | Is There a Fashion Designer in Ancient China?